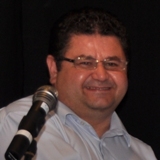 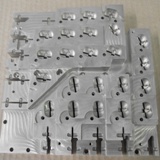 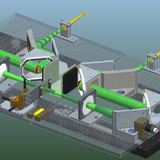 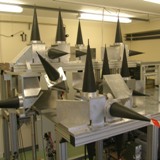 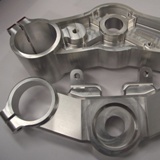 EDGECAM is celebrating its 30th anniversary, and is just as “leading edge” as when the original CAD/CAM system launched in collaboration with Surrey University in the early eighties; and when it changed its name to EDGECAM on the same day that Windows 95 was released.

At that time it was a traditional wireframe and surface-based CAD/CAM system. However, with the development of Mechanical Desktop and Pro Engineer, followed by Solidworks, Solid Edge and Inventor, mid-range solid-based CAD systems took off. So rather than basing their new software on a solid-based kernel, EDGECAM chose the unique route of supporting all major solid kernels in 1999. “This meant we didn’t need to translate the CAD data,” says Raf Lobato. “And to this day many other systems still have problems transferring data via independent format, such as IGES. But all formats are readily imported into EDGECAM with no loss of integrity.

“EDGECAM adopted the solids-based technology as we believed that was where CAD systems would go. We expected people to move from wireframe and surface-based CAD to solid-based systems which would ensure model integrity, allowing CAD models to be built quicker and more accurately, for many purposes including visualisations, assembly building and manufacturing.”

Today’s EDGECAM includes the revolutionary Strategy Manager and Waveform Roughing. And a new launch application called Workflow, which automatically loads a part in the correct manufacturing environment with datum set, is being unveiled in the next release, EDGECAM 2013 R2. Strategy Manager was the first flexible knowledge base manufacturing solution allowing users to easily dictate and store their own manufacturing processes. And Waveform Roughing, which maximises material removal rates while prolonging both tool and machine tool life, has been described by manufacturers as “pushing the boundaries of traditional milling.”

Raf Lobato explains that back in 1995 the philosophy behind the new name of EDGECAM reflected the software’s “leading edge” as it moved from DOS to Windows-based.

And the original Pathtrace had been leading edge right from its inception. “In those days most CAM software was designed for mainframe systems, but when the first generation of PCs came along Pathtrace embraced these small machines, believing, quite rightly, that they were the future, and created PMS for the popular Commodore Pet.” In 1988 Pathtrace developed PAMS for the emerging IBM PC market. The old PMS was a command line-driven system, where users had to know the commands and execute them, but PAMS allowed users to select from onscreen menus.

Leading edge 30 years ago and leading edge today, EDGECAM is currently used in 26 countries, with over 100 direct employees and 52 resellers around the world. The brand became part of the Planit Group in 2006, which, in turn, was acquired by Vero Software in 2011.

EDGECAM will be celebrating this milestone 30th anniversary with reseller conferences in Prague, Phoenix and Bangkok.