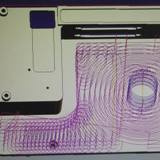 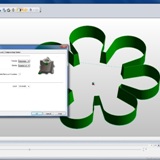 EDGECAM Breaks All Its UK Records in 2012

The market-leading EDGECAM CAM software broke all its records for its UK sales and service in 2012.

General Manager Raf Lobato says figures just released show that in the first 6 months of that year both sales and service were 100 per cent more than in previous years. “And for the complete year we are 70 per cent up.

“In a recent statement, the ONS reports manufacturing is down; however we believe that engineering sectors such as aerospace, medical, motor sport, oil and gas, and general subcontracting, were all up in 2012.” Indeed, an EDGECAM customer, GA Engineering, from Dundee, is creating 60 new apprentice positions: http://news.stv.tv/tayside/211882-ga-engineering-in-dundee-is-taking-on-new-employees/

And Raf Lobato says: “EDGECAM is now the natural choice for a lot of manufacturers in the UK.”

He is also confident of another record-breaking year in 2013 with radical additional developments in the next release scheduled for the Spring: shopfloor program visualisation and editing, and a more efficient workflow application. Using five key selections in Microsoft ribbon style, Workflow brings all CAM processes and steps into an easier structure. “This includes loading and positioning the component, choosing the manufacturing method and machine tools, and managing stock and fixtures, along with strategies to automate manufacture.”

Two major contributors to EDGECAM’s record-breaking 2012 are its revolutionary Waveform Roughing Strategy and a new product which provides an intuitive environment for the comprehensive programming of all wire EDM machine tools.

“As EDGECAM is developing extremely fast, with each new release containing new or considerably enhanced functionality, we have a large and expanding team in the UK dedicated to ensuring that manufacturers can achieve the best from their engineering and manufacturing processes, taking their businesses to the next level.”

During 2012 EDGECAM provided training courses for customers on the enhancements in the latest releases of the software, along with introducing a new annual training event for its resellers throughout Europe, and there are plans to extend this to Asia and the USA in 2013.