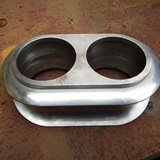 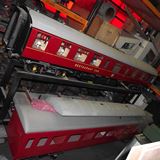 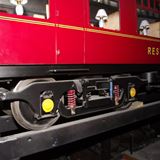 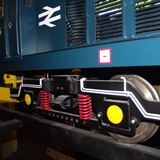 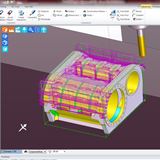 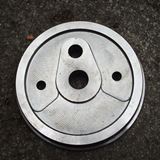 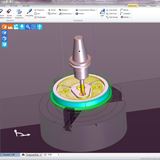 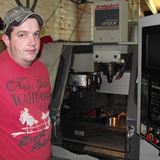 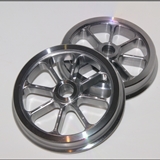 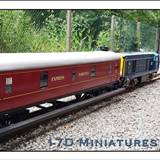 Full Steam Ahead With EDGECAM

EDGECAM is helping a “toys for boys” manufacturer offer an important new service for model-making companies and private enthusiasts. And all within a few months of installing the software.

"For instance, when we’re machining valve gear and
cylinders it’s crucial they’re absolutely perfect. And we
know that with EDGECAM’s NC code they always will be."

17d Miniatures produces a range of scaled working models of locomotives, carriages and wagons, for three miniature railway gauge systems: 5”, 7.1/4” and 10.1/4”. Their locomotives for the 5” gauge are a scale of one-twelfth, at around six feet long, rising to approximately 12 feet for the 10.1/4” gauge.

All their trains are sit-on, with enthusiasts actually being able to get inside some of the larger ones.

The family-run business is based in 2,500 square foot premises at a converted mill near Matlock in the Derbyshire Peak District. Partner Tristan Dengate says customers range from private collectors through to commercial operations.

And now, after switching to EDGECAM in early 2017, they are looking to apply the techniques they use for producing their railway-related models, to manufacture components for model cars, boats, lorries and aircraft.

And EDGECAM has been the springboard for 17d Miniatures promoting themselves as the ‘go to’ company for individual enthusiasts wanting machined parts. “A large number of hobbyists have spent 20 or 30 years making working steam engines in their sheds, and are now finding time’s against them as they’re getting older. So they’re now looking for as many components as possible to be machined for them – and EDGECAM has given us the opportunity to say: yes, we can machine that for you at a sensible cost.”

Thanks to EDGECAM they are also starting to change how they manufacture certain parts. He says they use a lot of resin cast units for their bearing carriers. “These aren’t as precise as they could be, but because EDGECAM is so quick and accurate we can switch to machining them from solid block.

“The ability to move away from castings is really going to change how we work. The market is used to having castings for many components, but we’re now starting to turn that on its head by showing that they don’t actually need castings – the products can be machined from solid block which is far quicker, even though there’s more material to remove.” Where specifically required, EDGECAM does machine cast iron, both in round bar and block form.

He says the software’s powerful game-changing Waveform Roughing Strategy is one reason it is so fast. “We were able to triple the feed rates, and have the cutter going in considerably deeper than we could with traditional roughing.”

Amongst the mild steel and aluminium components he mills with EDGECAM: wheels, profiles, counter-balance weights, working cylinder block, valve gear components, chimney fitments, and brake calipers. Everything they mill goes through EDGECAM and is cut on their Bridgeport VMC 412x 3-axis machine tool.

Around 80 per cent of their components need to be high precision. “For instance, when we’re machining valve gear and cylinders it’s crucial they’re absolutely perfect. And we know that with EDGECAM’s NC code they always will be.”

The company began their CNC journey several years ago and initially programmed the Bridgeport both manually and with a lightweight CAM software more geared towards hobbyists using bench-top hobby mills. “I was having to work out the best way of machining, and then generating perhaps ten different cycles to achieve what I’m now achieving with one cycle in EDGECAM.”

And, as Tristan Dengate points out, he is not a time-served machinist, nor has he had any formal training on EDGECAM, but quickly began to successfully program parts, and even set up a post processor. “I’ve come a long way in a very short time and am able to produce reasonably complex parts swiftly and accurately, and am looking to produce even more complex components in future.”

All of which stands them in good stead for their plans to increase sub contract model-making. “EDGECAM gives the ability to produce working scale models, rather than just mock-ups. Many companies would benefit from having proper working models as a display piece or technical exercise. For example, we’ve produced a wheel and chassis bogey assembly for a company providing test rigs for testing full-size assemblies, and they needed a working model for exhibitions around the world.”

He says another benefit of EDGECAM is that it enables them to give accurate costings to customers. “Being able to get an actual cycle from EDGECAM means our estimates are as accurate as possible.”

As a considerable amount of work is carried out in a chuck mounted on the machine tool bed, he says it is simple to load a customer’s 3D CAD file and select the appropriate fixture from EDGECAM’s library. “The facility to simply hit a button to put a 10” chuck on the virtual machine, for instance, is invaluable for tool collision detection giving greater confidence in the code – enabling me, with certain work, to load the material and hit go, without dry-running! Also, the standard stock fit option covers around 90 per cent of what we’re doing, so, again, it all saves time. And it’s easy working with datums – we can reference it anyway we want to with just two or three clicks.”

In conclusion he says it is easy to access the appropriate functionality in EDGECAM to carry out any type of operation. “And once I’ve selected an operation it’s simple to go back and edit it. I decided to purchase EDGECAM after a one-month trial earlier this year, and it’s quickly become an integral part of our manufacturing process.”

Information: Produces a range of scaled working models of locomotives, carriages and wagons.

“I decided to purchase EDGECAM after a one-month trial earlier this year, and it’s quickly become an integral part of our manufacturing process.”