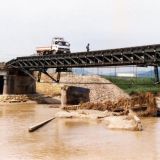 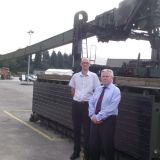 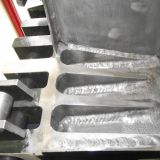 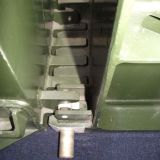 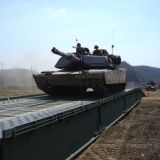 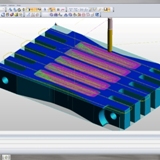 With traditional engineering skills for operating conventional mills dying out, WFEL, the world leader in tactical military bridges and disaster relief bridges, turned to EDGECAM to program its expanding range of CNC machines.
John Mawdsley, Senior Manufacturing Engineer at WFEL Ltd says that with a number of the components manufactured using side and face cutters to produce deep pockets, they have relied on traditional engineering skills that are no longer ‘in vogue.’ “As an apprentice I was trained on conventional turning, conventional milling, grinding and jig boring before moving on to CNC machines. Today everyone is trained only on CNC machines, and the old skills have gone. EDGECAM is absolutely vital for the company’s future in filling that skills gap for us.”

“Today everyone is trained only on CNC machines, and the old skills have gone. EDGECAM is absolutely vital for the company’s future in filling that skills gap for us”

As well as having a range of vertical and horizontal machines WFEL has also invested in CNC machinery, and recently upgraded their EDGECAM software to the full 3D package. “As we can’t use side and face cutters on a CNC machine, we needed 3D to produce those parts,” he says.
WFEL operates with 230 employees from a 58,000 square metre site in Heaton Chapel near Manchester. The company’s early history is steeped in aviation, being renowned for the design and manufacture of the Fairey Swordfish torpedo bomber as well as developing the first delta wing aircraft, initially designed with a droop nose long before Concorde.
In the late 1960s they began work on the Medium Girder Bridge – the replacement for the Bailey bridge which had been used extensively during World War Two – and are now at the forefront of tactical military bridging manufacture. Over 500 MGB systems have been supplied to more than 40 armed forces around the world since 1971.
The MGB has also proven to be an essential lifeline in bridging gaps after natural disasters; a recent example being the Japan earthquake in 2011, where an MGB was put down across a gap to allow the passage of relief convoys. The modular system is designed to bridge gaps of up to 76 metres, and can support vehicles weighing up to 70 tonnes. In the field, around 20 soldiers construct an average 31-metre bridge in around an hour and a quarter, simply fitting together six-foot components.
WFEL also manufactures the modular Dry Support Bridge, designed originally for the U.S. Army, which can support vehicles weighing up to 120 tonnes across 46 metres. Built by a team of just eight soldiers, a crane picks up the heavy pieces of the bridge which are then fed through a framework and underneath a supporting beam to the far side. Each bridge module measures 6 x 4.3 metres and weighs 4.5 tonnes.   Once all the modules are in place the bridge is lowered and the beam retracted. The bridge is ready for traffic within 90 minutes of the first vehicle arriving.
WFEL have recently invested in a Matsuura horizontal twin pallet machine to replace three conventional machines which cut steel connecting jaws for the DSB.  Jaws for the MGB are cut from a special aluminium alloy that returns to a high proportion of its original tensile strength over a period of time after welding. “EDGECAM is ideal for producing aluminium components on CNC machines, which were previously scooped out using a traditional side and face cutter.”
John Mawdsley says EDGECAM now plays a vital role in manufacturing these high precision components. As their skilled engineers retire, the company aims to phase out their remaining conventional machines within the next few years, switching all manufacturing to 3-axis CNC production on a range of machines including Haas, Matsuura and Unisign.
While their original EDGECAM milling package used a wire frame, enabling them to work quickly, they are finding their recently-installed full 3D system is even faster. Coupled with Part Modeler, John Mawdsley says EDGECAM is an invaluable aspect of their whole production process. “If we need to update the model in Part Modeler it can automatically make the modification in EDGECAM, too. That associativity saves time and ensures that when the model is changed there’s no error when it comes to EDGECAM creating the toolpaths.”
Regarded as a classic piece of British engineering, the Medium Girder Bridge, along with the Dry Support Bridge, and WFEL’s third system – the Air Portable Ferry Bridge – have all been successfully used in Iraq, and are currently proving their worth in Afghanistan. They can be effectively deployed in all types of terrain and weather conditions. Sales and Marketing Director Max Houghton says as well as their military application, countries in potential natural disaster zones view them as a ‘national investment’ or insurance policy. “In areas where bridges could be destroyed in earthquakes or washed away, they have an emergency and disaster relief bridging system which they can deploy immediately for vehicles to get supplies to the people who need them.”
In summary John Mawdsley says: “The use of EDGECAM has proven to be hugely beneficial to WFEL in the re-engineering of the manufacturing process of specific bridge components, thus saving the company both time and money.”

“Today everyone is trained only on CNC machines, and the old skills have gone. EDGECAM is absolutely vital for the company’s future in filling that skills gap for us"
John Mawdsley, Senior Manufacturing Engineer