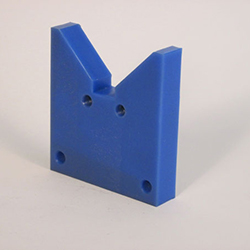 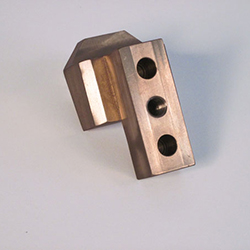 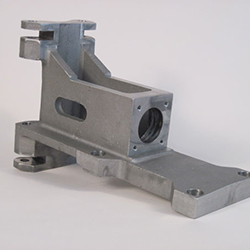 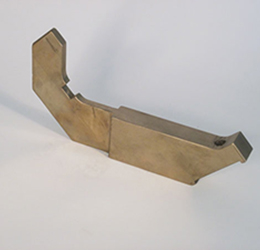 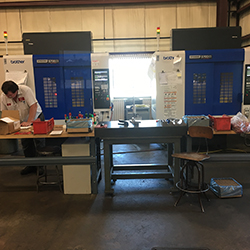 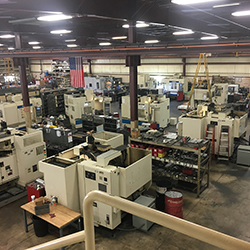 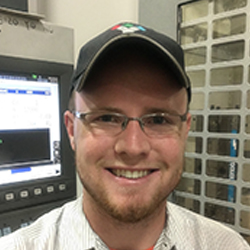 Job shop A&B Machine and Design uses EDGECAM to fulfill a wide range of customer demands, and to diversify its capabilities.

Every manufacturer knows that change is the only true constant, so it should come as no surprise that most successful manufacturers continuously evolve to remain competitive.

Such is the case with A&B Machine and Design of Sidney, Ohio, a nearly 30-year-old job shop adept at casting a wide net in terms of both capabilities and customers. Experienced in serving the firearms, automotive, aerospace, paper, food production, robotics, construction, and recreational (off-road) vehicle industries — among others — A&B is no stranger to diversification.

The company is always on the lookout for new business, new industries, and new ways to better serve its loyal customer base. In addition to design and CNC milling and turning capabilities, A&B offers precision grinding, and assembly services.

“Many of our customers have been with us since the company opened in 1988,” said CNC Programmer Grant Gehret. “Aluminum, stainless steels, plastics — you name it, we’ve worked with it. We can work with just about any material to make just about anything you can think of.”

A&B Machine and Design purchased the EDGECAM computer-aided-manufacturing (CAM) solution, by Vero Software, in 2004, but limited its use of the system until Gehret was hired as the company’s sole CNC programmer in 2015.

“A program that used to take an hour can now be done in 15 minutes, and job time has been reduced by 50 to 75 percent on a majority of our work. We’ve been able to take on more complex work, and that has been a big benefit.”

“We use EDGECAM here for 100 percent of everything that we make,” Gehret says. “The software has been good for the company ever since they’ve had it, but the way we’re using it now is making an even bigger difference.”

Gehret was familiar with other CAM systems but had no exposure to EDGECAM prior to being hired by A&B. He was tasked with not only learning how to use the software, but with leading the company into fully integrating the system.

“There were a few challenges along the way, but the transition was smooth overall and the EDGECAM training was great,” Gehret says. “An EDGECAM engineer came here and helped me for three days. If you are familiar with CAM software, EDGECAM is a pretty easy transition.”

Before full implementation of EDGECAM, machinists were doing double duty — programming jobs at the control in addition to set-up and machining. EDGECAM’s role was primarily finding geometry points for the machinist to input at the controller.

“By fully integrating EDGECAM, we were able to take the online step of the process offline, and that freed up a lot of the machinists’ time,” Gehret says. “To me, the ability to save so much time has been the biggest benefit that EDGECAM has given us.”

Gehret adds that the program’s ease of use is an additional advantage that will save the company time and money should it choose to expand its CNC programming staff.

“A big benefit is that the software is easy to use, and I think I could train anyone to use it in a couple of days. It’s more user friendly than other software I have used, for sure,” he says. “It’s fast and efficient in so far as me being able to sit down at the computer and quickly write a program.”

In addition to being able to now program offline, the company has used EDGECAM to expand its machining capabilities, produce more accurate job estimates, and increase overall efficiency.

As it can now perform 3+2 machining — machining in 5-axis as opposed to only 3-axis — it can now finish jobs in less time and be more competitive. A benefit of 5-axis and 3+2 axis milling is that it reduces setups, which decreases total part production time resulting in a more affordable product for the customer.

“A program that used to take an hour can now be done in 15 minutes, and job time has been reduced by 50 to 75 percent on a majority of our work,” Gehret says. “We’ve been able to take on more complex work, and that has been a big benefit.”

Gehret also takes advantage of the EDGECAM Waveform roughing cycle, a high-speed machining technique that maintains a constant chip load by ensuring that tool engagement into the material remains consistent throughout the cycle.

Defined in part by its smooth toolpath, the cycle avoids sharp changes in direction and the velocity of the machine tool remains consistent. By maintaining constant engagement with the material, the Waveform cycle’s feed rate can be dramatically increased, which in-turn improves tool life, cycle time and reduces the risk of cutting tool breakage.

“As you move back and forth, you’re moving down at the same time,” he says of helical milling. “It’s easier on the machines, keeping the cutting forces up into the spindle rather than laterally.”

Expanded use of EDGECAM has helped the company to more accurately quote jobs, making it a package that helps with production from start to finish. As the company is now able to program a whole job and simulate it before it’s sent to the shop floor, it can use programming data to provide estimates and, in some cases, doesn’t even have to reprogram the job if it is ultimately hired to do the work.

“We had the technology, which has given us a lot of tools and saves us so much time,” Gehret says. “We just needed to more fully utilize it.”

“A program that used to take an hour can now be done in 15 minutes, and job time has been reduced by 50 to 75 percent on a majority of our work. We’ve been able to take on more complex work, and that has been a big benefit.”